You will be supported by an industry leading Module Tutor and Course Leader. Monthly academic skills and study support skills workshops are provided free of charge at our Plymouth and London City campuses.

We are members of several prestigious industry bodies and also run our own senior business Leadership Network. Our Academy's Advisory Board holds representation from some of the world's largest employers. Through our leadership's conferences, advocacy and media work, we are an integral part of the international business community.

Our Academy offers opportunities to pay via monthly or quarterly instalments for some Diploma courses. (Please check beforehand.) Alternatively, UK and EU learners accepted under the EU Settlement scheme, may be eligible for Student Finance.

Your formal assessments will mirror business life challenges, including report writing, presentations and team challenges. Your informal assessment will enable you to practice, refine and consolidate your learning within a professional and rigorous academic setting.

Like any business executive, you may wish to work out of several locations. You may access our study facilities during opening hours in London and Dubai.

We excel at delivering UK accredited course programmes via Classroom, Online or Blended formats. Our course content, Library and Discussion Board is hosted on a very user-friendly online platform, organised into weekly blocks.

All our courses are written and supported by field professionals with decades of experience under their belt. Choosing to study at the Global Cyber Academy partners you with these industry leaders as well as joining a vibrant business network of professionals.

Diploma in Strategic Management and Leadership

Diploma in Business Innovation and Entrepreneurship

Informal and formal assessment based upon workplace scenarios

Library, computing and refreshment facilities at our centres

Academic Support sessions for all (Online and Classroom)

Events and forums with senior employers and mentors

Join our illustrious international alumni network with a City of London Headquarters and Plymouth, UK

About our Principal & CEO

Richard Bingley served as a Senior Lecturer in Security and Organisational Resilience (2012-15) before moving up to become Director of the Business School at Buckinghamshire New University (2015-17). Richard was Course Leader for BA Security Consultancy, MA Management & Leadership and tutor on the Royal Air Force Organisational Capability degree programme. He holds an MA in International Studies, a post-graduate teaching certificate, and is a Fellow of the UK Higher Education Academy (FHEA). He served as Managing Director of the Global Banking School from 2018-20, one of the UK’s largest Higher Education Institutions.

Richard’s passion for entrepreneurship, learning and supporting ethical innovation in complex security environments, is reflected in his ongoing Doctoral studies within the triple-accredited AMBA Leeds University Business School (LUBS), whereby his thesis examines the individual practice of entrepreneurship within conflict zones. He is an Advisory Board member of TINYg, a leading international business, multi-agency, security forum. He serves as an external member on the UK All-Party Parliamentary Group on Cyber Security. He is the author of three popular security books, including Terrorism: Just the Facts (Heinemann, 2004) and the Security Consultant’s Handbook (ITGP, 2015).

After beginning his City of London career before the millennium, within in the IT training sector, Richard then served in media liaison and communications roles, within political units of UK Prime Minister Tony Blair’s second and third-term government administrations. He worked on key policy announcements, high-profile events, crisis management and ministerial briefings. A research practitioner who maintains continued professional development, Richard has also been deployed as a UK Home Office/SIA licenced Close Protection Operative (CPO) for US and UK-based organisations at many global mega-events, including the London 2012 and Russia’s 2014 Winter Olympics, conducting threat intelligence and crisis management roles.

Richard served as Chief Executive Officer of City Security and Resilience Networks (CSARN) from 2009 to 2012 and Executive Director of London First (2007-09), delivering security and risk briefings and policy workshops to the UK’s largest businesses, national agencies and law-enforcement services, in support of the protection of crowded places. In this post he also co-led on the development of a counter-terrorism focused Business Policing Model within central London, in partnership with the Commissioner of the City of London Police and Cardiff University. He served as Secretary to the industry/police Business Advisory Group (BAG), the preeminent Metropolitan Police and City of London business policing partnership body during 2007 to 2009.

At the beginning his teaching career, Richard began to guest lecture regularly and contributed to security guidance and internal training programmes at preeminent UK bodies and agencies, including the National Counter-Terrorism Security Office (NACTSO), the UK Defence Academy, as well as the UK Foreign & Commonwealth Office (FCO). 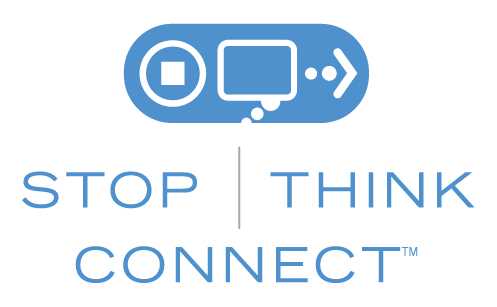 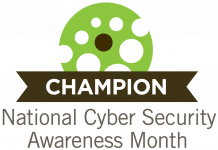